We work hard, we play hard, we fight and bicker, but we also laugh and have fun together. But this blog isn’t about all the details about who each of us is. It is a blog that, for starters, is about a journey we have to plan, train, and work together to earn a Spartan Trifecta as a family. While you will learn a lot about who we are, as a family and as individuals, there is just too much to fit into an “About Us.” Since this blog is about a Spartan family journey, I am going to focus this page on our Spartan journeys thus far. We are all starting at different levels, we’ve all done different races at different times. We are all different ages and have different levels of physical ability.

Without further ado, here is a little smidgen about each of us. I’ll start with Mark because he is the one responsible for starting us down this path by serendipitously stumbling upon a thing called a Spartan race.

Mark did his first Spartan race in 2016 at Squaw Valley, CA. He had already been in decent shape, but hadn’t really trained and had only dipped his toes into weight lifting. He just so happened to do a competitive Sprint race and placed 31st out of 1313 people. It wasn’t a medal, but for him it was a substantial victory because he proved to himself just how capable he was and had a blast doing so. His inner child got to latch hands with his inner beast and the two went berserk! He went on to finish his first Trifecta that same year. He has since then ran several more races, including his Ultra Beast at Squaw Valley during the 2017 World Championships. Spartan races were a life changer for Mark. Fitness and health became a priority, a lifestyle, not just something you do now and again to keep yourself “in shape.”

Not quite ready to make the plunge in 2016, and using Squaw Valley’s cold weather and snow on race day as an excuse, Laura bowed out, not doing her first Spartan race until Las Vegas in 2017. By that time Mark had already achieved his first Trifecta and each of the older three boys had already run a Spartan Kids race. A bit behind the family curve, she hit the Sprint with determination and enthusiasm. While she ran in the open (non-competitive race) she was, nonetheless, competing with herself and pushed herself accordingly. Still, she did her share of burpees and learned just exactly what it means to be a Spartan. She was hooked before she even finished and did her next race, a Super, that same year in Sacramento, CA.

Michael, Alex, and Asher ran their first Kids race with Mark in 2016 in Sacramento, CA before Laura had even run her first race. In 2017, having come of age (14), Alex and Michael ran Supers and Alex ran a Sprint.

Asher is a track runner and his pace is quick! He is also our little break dancer! He ran Spartan Kid races in 2016 and 2017 and is preparing for when he is old enough to run with us. Just one more year of Kid races, Big Man…

The twins ran their first Kids race in 2017 in Squaw Valley while their Dad was somewhere around mile 18 or so of his Ultra Beast. They had no idea what to expect and both pushed themselves hard! They also had a blast climbing on everything they could, on and off the course. 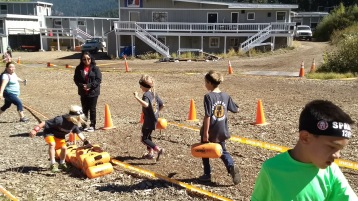 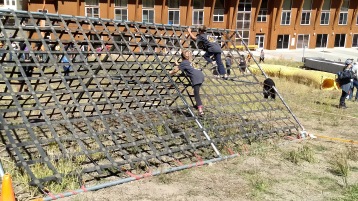 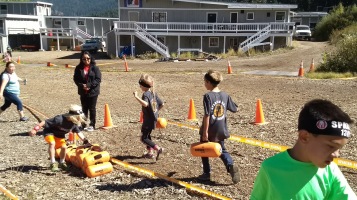 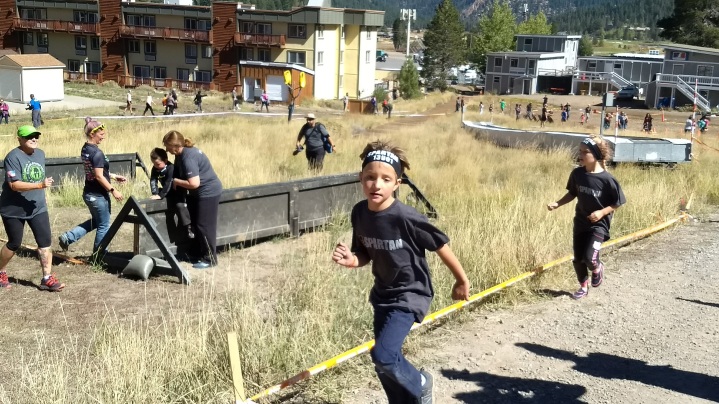 The kids have many interests in the world of physical movement, ranging from soccer to cross country and track to dance and gymnastics, but all of them share several common interests, one of which is Spartan races.

As you can see we have been all over the place in our Spartan race experiences with some kids attending some events, and Mark running some with his brother or on his own. Part of the reason was just lack of exposure on each of our parts as we trickled two or three at a time to a race here and there. Also a factor is our varied schedules with school, work, sports, and co-parent schedules making full attendance quite the complicated dance. While we are working on our schedule, we will still likely run into races here and there where we don’t have all seven of us, and that makes earning a Trifecta together quite a lofty goal, but not impossible. Now that we’ve all had our chance to run a course or two or six, we don’t care how many races it takes to get us all there, the point is to focus on the journey and have fun getting there. AROO!